The ten most crucial industrial robot 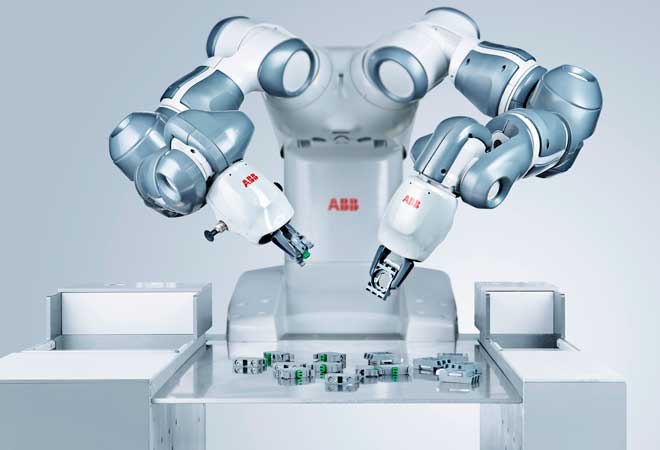 As many as 9,400 robots can be produced each month for the industry. The company claims to have both the most minor and most significant, namely, the most robust long-arm robot globally.

Yaskawa, also a Japanese company, is one of the largest manufacturers of industrial robots, with more than 400,000 units installed worldwide. The robotics division has a turnover of about 2.3 billion euros (the fiscal year 2021). Up to 48,000 industrial robots are produced each year. They are offered under the Motoman brand. The company invested in Europe as a location and built a new robot factory in Slovenia in April 2019.

Headquartered in Zurich, Switzerland, ABB Robotics is a full-service provider of the machine and plant automation. With more than 500,000 robots installed (as of March 2022), the company is also one of the leading suppliers. ABB specializes in articulated robots, delta robots, Scara robots, and painting robots. ABB's industrial robotics division has a turnover of almost 3 billion euros.

Today Kuka claims leadership in the European industrial robot market and has 25 subsidiaries worldwide, most of them focused on sales and service. The wide range of orange robots ranges from the very compact to the heavyweight KR 1000 Titan robot. In the fiscal year 2021, Kuka announced a significant increase in sales to €3.3 billion (2020: €2.6 billion).

Among other things, Kuka offers robotics for medical technology, but most of the orange industrial robots work in the automotive industry.

Mitsubishi Electric is a Japanese company headquartered in Tokyo that makes various electrical and electronic products and systems. The range of robots includes versatile articulated arm robots with six axes with payloads from two to 20 kilograms and Scara robots with four axes with loads from three to 70 kilograms for assembly and palletizing tasks.

Denso is also the Denso Corporation, a Japanese supplier of automotive equipment and one of the top 500 companies in the world. The company is the market leader in small industrial robots, with more than 143,000 units installed worldwide (as of March 2022 - in addition to the 27,000 units used in its manufacturing facilities).

The company's product range extends from 4-axis robots (Scaras) to 5- and 6-axis robots. The proper kinematics are thus available for a wide range of applications. Compact industrial robots are used for picking and moving and assembly, gluing, dispensing, screwing, or polishing. A human-robot collaborative model is also part of the product portfolio.

Epson. A Japanese company making industrial robots since 1980, Epson counts itself among the pioneers in this field. One of the main areas of the portfolio is the so-called Scara robots.

Scara stands for Selective Compliance Assembly Robot Arm. It is a particular industrial robot whose structure resembles a human arm, so it is also called a "horizontal hinge robot."

Omron K-K is a company from Japan that operates in business areas such as industrial automation, electronic components, and medical equipment. Its portfolio includes industrial robots, mobile robots, linear robots, and collaborative robots. The audience at the recent Hannover Messe trade show, including German chancellor Angela Merkel, was able to see how seriously Omron is taking the communal work aspect of its products and how far its effects have come.

Stäubli is an international Swiss technology group that produces textile machines, high-speed clutch systems, and industrial robots. The latter range from Scara, 6-arm industrial robots, and cobots to mobile robot systems. Applications can be found in the automotive, metal, porcelain, and food industries.

Universal Robots (UR) is a Danish robot manufacturer. In 2021, UR reported record sales of $311 million, an increase of 41% over the previous year.

UR mainly makes lightweight robots: its first product line, Cobot, consists of three cobots, UR3, UR5, and UR10, with lifting capacities of 3, 5, and 10 kg. All three are six-jointed robotic arms weighing 11, 18, and 28 kilograms - in other words, accurate, lightweight devices.

The company's first Cobot was developed in a room at the University of Odense, Denmark. At first, the technology of robots working together made established robot manufacturers smile. But it quickly became apparent that UR cobots could provide completely new applications and increase the level of automation even in small companies. Today, Universal Robots is a leader in the cobot market.