Where are service robots used? 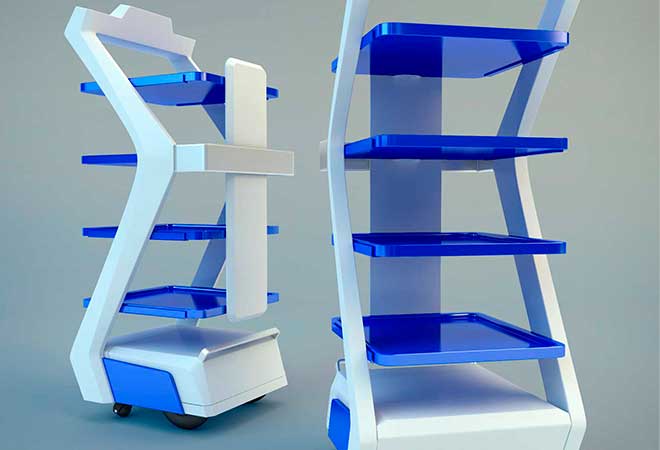 A service robot is a robot that performs functional tasks for people or equipment to the exclusion of industrial automation. Service robots are divided into two categories depending on their application:

- Service robots for home use are used for non-commercial tasks and are usually operated by non-professionals. Examples of this category are robotic butlers, robotic vacuum cleaners and robots for mowing lawns, and automatic wheelchairs.

Although they are not widely used, many service robots are already in use today. Some of them have already made their way into private homes. This section will talk about what types of robots are currently changing everyday life. Particular attention will be paid to the helpers found in the house.

Probably the most famous example of service robots in the home are robots that mow lawns independently. So-called robotic lawnmowers are affordable for private homeowners and completely relieve a person from having to mow the lawn if their property allows it. There are different ways robotic lawnmowers work. Many robots drive haphazardly around the property and mow the lawn. Some robots calculate the shortest path to mow an area and then can use it. Thanks to the tilt and lift sensors, robots with cutting blades aren't hazardous, but some caution is still recommended.

Robots that function as vacuum cleaners are already affordable for individuals and for everyday use. Similar to robotic lawnmowers, they move along routes and clean the floor. They have brushes and a suction slot, allowing them to clean both hard surfaces and carpeting.

Another type of robot also helps with home cleaning. Window cleaning robots autonomously clean window panes. Some models can clean both exterior and interior glass. There are already many models of this type of robot with different functions.

Care robots provide assistance and support to disabled and older adults in their daily lives. Typical tasks of a care robot are:

Transportation services include independently finding and providing medications and meals at home.

Emergency assistance, such as helping people who have fallen.

Lifting and carrying patients, such as helping disabled people get into wheelchairs.

Nursing tasks, such as washing patients or helping them eat.

Cleaning tasks, such as vacuuming the floor.

Nursing robots already exist in their second or third generation but are still mainly in the developmental stage. Particularly much effort is being made in this direction in Japan. Despite this, it is still rare to see automated machine-assisted human care.

One example of a nurse robot in development is Care-O-bot from Germany.

The Care-O-bot is a mobile robotic assistant developed by the Fraunhofer Institute for Industrial Engineering and Automation. Various application scenarios have already been implemented, such as pick-up and drop-off services. The user selects the desired object using a touch screen to do this. Then the robot independently moves to the thing, grabs it with its gripper arm, and brings it to the user on a tray. The robot also helps in emergencies; for example, if the user has fallen, the Care-O-bot moves toward him and establishes a video link with the emergency center via its internal touch screen. This center can then contact the lost person via the robot and take appropriate action. In addition, the touch screen gives the ability to communicate with the user while away from home or to check on what is going on at the user's home.

As you can see, the service robots currently used by individuals are often responsible for hygiene and maintenance in the home. However, other kinds of service robots are changing our daily lives.