Solving tensions between humans and cobots 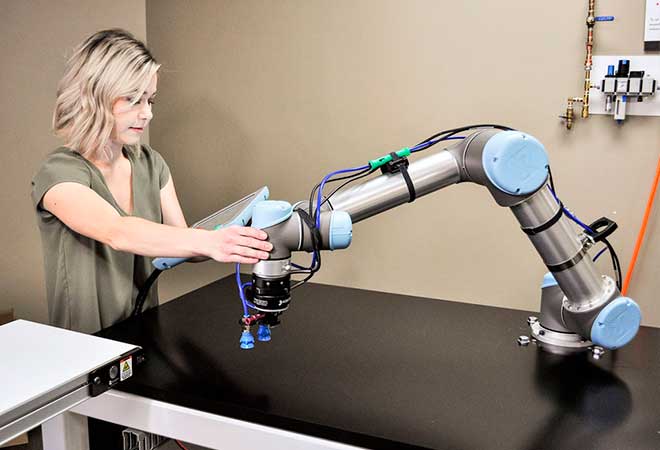 Researchers are increasingly thinking about how humans and robots can work together effectively in production environments and exploring the social and ethical aspects of robotics and artificial intelligence systems. How do the fields of industrial automation and ethics intersect? Typically, people look at robots as independent pieces of technology that don't necessarily fit into the overall structure of things. Still, in the world of industrial automation and ethics, there are many different ways they interact.

For example, research has found that humans orient themselves to the pace of the robot working with them, similar to the way humans typically synchronize their stride when walking side by side. It is convenient for interaction and serves a social function for humans.

So, if the robot's speed is increased, even slightly, so that you instinctively speed up to keep up with it, it can help improve the overall rate of production in the factory. But what will be the long-term effects on the worker economically, psychologically, and otherwise? What kind of impact of the machine on humans is acceptable in the workplace, and when is it detrimental?

Given that cobots aim to improve rather than replace human work, we can say that they represent ethical innovation or the ethical face of industrial automation innovation.

Automated technology, including cobots, can help improve working conditions by replacing specific repetitive tasks and reducing physical stress and the risk of injury. There is a positive purpose in doing so.

But the ethics of innovation is not just about the intentions of the technology developers. It's also a matter of process and implementation.

How do you draw the line between robots for industrial production and robots for collaboration?

It lies in physical barriers. If the collaborative work is safe and does not need a barrier between humans and robots, it can be categorized as a cobot.

In general, the end-user should treat the cobot as a colleague. After all, it is a tool whose creative capabilities can be used effectively.

What is resource conflict?

Resource conflict - it's when humans and robots pick up the same item simultaneously.

There are times when humans work faster than robots or vice versa, being in the same space or on the same object. Sometimes, they both reach for the same thing simultaneously and have to decide who to give first right of way or go for the object. At this point, there is a lot of hesitation and abrupt movement as each decides whether to yield or grab the thing.

It was also found that if you replace a human with a robot designed for more persistence, the human tends to yield to the robot. And this generated a lot of interest. After all, aren't cobots mainly designed to give in and stop when any potential conflict/conflict with humans arises?

Often they are. To ensure human safety, many industrial robots are designed to trigger what is known as an "emergency stop reaction," which means that the robot immediately stops when someone gets in its way.

As studies show, the robot-human pair performs cooperatively much faster if the robot hesitates and tries to find a way out of conflict with the human than if the robot always yields to the human.