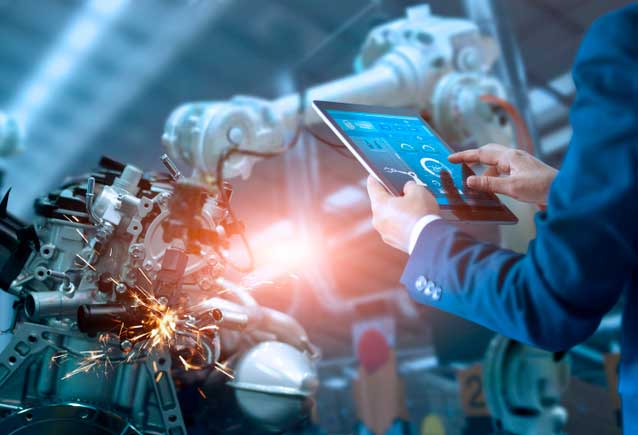 Robots are now playing an increasing role in industries such as consumer goods and life sciences, as companies look for ways to increase product diversity, improve production efficiency in the face of staff shortages and improve safety. But to unlock the real strength of robotics within your business, don't forget one important factor: the ability to integrate robots into the structure of your enterprise.

Simply put, today's more advanced and intelligent robots can no longer function as separate systems. They must be embedded in equipment and line management systems, with communication and data exchange functions with security sensors, intelligence analysis software, modeling tools and ERP systems.

Traditionally, programmers develop separate control systems for machines and robots. However, this can be a complex process and have impacts on production, ranging from increased implementation time, difficulties in sharing data sources of the two systems, and the need for employees to learn two separate systems.

New robot integration capabilities help solve these problems by getting rid of robots on the periphery and integrating them into a comprehensive control and information strategy.

1. Accelerated deployment: With today's robot integration capabilities, developers are able to save time by using preconfigured code libraries. And by integrating robot and equipment controls into a single system, experts can conduct programming in one place rather than in a separate environment.

Together, these actions reduce development and setup time by a couple of weeks, speeding up machine deployment.

2. more flexibility: In today's plant, just getting machines up and running quickly is not enough. You also need to be able to reconfigure them quickly to produce different types of goods.

3. Increased productivity: Improved coordination between robots and machines can also increase the efficiency and productivity of your operations.

For example, we're talking about high-speed applications such as packaging and cartoning. In these applications, when machine control systems and robots need to exchange data with each other as they enable fast processing and movement of products in the process, there is a handshake exchange between them. The handshake exchange process can last a few milliseconds and cause a delay in the machine or robots for that time.

Milliseconds may seem insignificant, but they increase and result in a tangible loss of time when you are producing hundreds of products per minute.

Today's robot integration capabilities reduce the number of handshakes between robot and machine, which increases throughput.

4. Ability to access information: When you use one control system to regulate robots and machines simultaneously, you have a single source of information. This comprehensive view of your system simplifies visualization and reporting, allowing staff to more easily track production operations and find prospects for improvement.

Integrating robots and control systems into a single system greatly simplifies the work of maintenance crews.

Consolidated robot operation simplifies the system by reducing the need for a specialized robot controller and related components. Inventory control can be optimized because both machines and robots use the same servo amplifier. Technicians only need to know one system instead of two, making fault diagnosis and repair easier.

Harnessing the power of modern robot integration provides a faster and easier way to harness the potential of robots in manufacturing. And the benefits they can provide - increased productivity, improved visibility, simplified maintenance - are in demand now that the number of SKUs is growing, the need for production is increasing, and skilled workers are increasingly hard to find.