Robotics and Ubuntu at the end of 2021 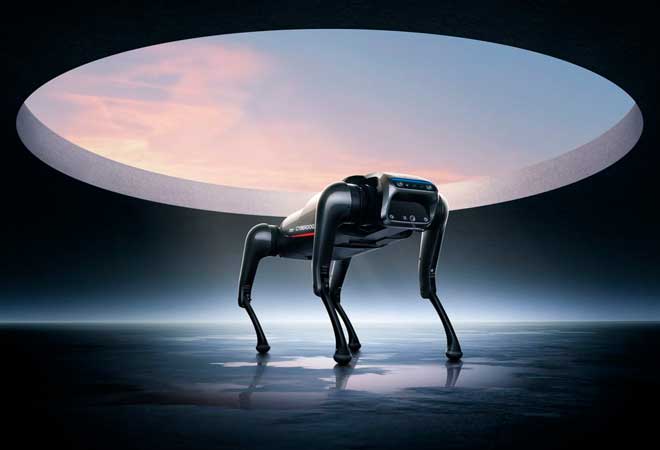 Last year was rich in news and events. This year we dreamed of new robots. 2021 forced us to reach new heights and make breakthroughs.

While Ubuntu and our open-source robotics tools energize millions of robotics developers, we present an overview of the past year's events. Take a look at the achievements and failures of 2021. About the product launches that made the front pages. And about the work of the R&D community that captured our imagination.

Competition has fueled the development of robotics

The DARPA Subterranean Challenge, which looked for new approaches to rapid mapping, navigation, and searches in underground terrain under time constraints during combat or disaster response operations, concluded in October. DARPA announced the 2018 Subterranean (SubT) Challenge to support open-source robotics.

The finals of the Indy Autonomous Challenge took place in late October. During the Indy competition, nine teams competed to see the fastest. A total of 21 universities from nine countries raced, designing Dallara AV-21 race cars to win and receive $1.5 million in prize money. More than 25 teams competed in the year-long autonomous vehicle innovation competition, with nine finalists finishing.

As a result of the exciting race, the TUM team emerged victoriously.

Ubuntu was represented at these two tournaments, supporting the teams and winning both challenges!

Today, robotics continues to be a growing industry. With its widespread adoption in medicine, agriculture, social services, etc., the robotics market is worthy of attention. This article will focus on three of the most exciting products that have become part of the monthly robotics news.

Let's start with Astro. The home robot assistant created by Amazon Corporation has raised a lot of hype in the robotics community. There is a lot of speculation about the development of Astro; the unfortunate developers were in a hurry to meet a deadline with technology that wasn't ready. Some have expressed dissatisfaction with the unreliability of the device. Privacy is an ongoing issue. Besides, it begs the question: who puts beer in the robot's coaster? But whether you like it or not, Amazon has already contributed to the development of home robotics in general: educating consumers.

Xiaomi's CyberDog has also caused a stir, as it is a low-cost, open-source four-legged robot. Last year, China's tech leader unveiled the CyberDog, which the company claims will help improve the robot-building environment and promote further development of the robotics industry. In comparison to the famous Spot, the starting price of the CyberDog is 1,540 USD. This affordable price will help numerous research institutes, and startups create and accelerate robotic applications for four-legged robots. Moreover, it is an open-source device using ROS and Ubuntu.

Finally, I would like to mention the UBTECH Walker X. Developing a humanoid robot is not easy. This new robot from UBTECH may not yet be a butler robot, but it is certainly an excellent prospect from a global company specializing in AI and humanoid robots. Don't forget that taking on such a commercial risk has simultaneously accelerated the development of this field.